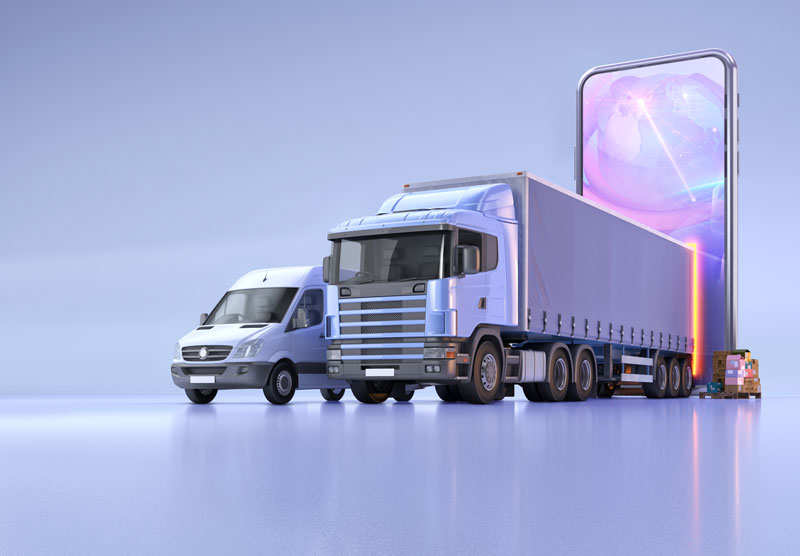 Car security allows for the peace of mind of both the driver and the fleet manager. Investing in new fleet vehicles because the car alarm did not go off or was disabled is always bad for the economy of your business. There are a variety of more advanced anti-theft devices that can be installed to successfully battle with car theft.

Moreover, Insurance companies give better rates to those who install anti-theft security systems on their vehicles.

Those small devices usually go undetected by car thieves and allow you to get the authorities to them before the stolen vehicle is out of your reach. Similar gadgets are very useful for real-time tracking and ensuring that you can catch the wrongdoer on time. It is, however, advised to be done by a professional and in a covert manner so that the alleged car thieves are unable to neutralize it before the actual break-in.

Aside from Micro GPS Trackers there are many mini trackers that can also be installed on your new fleet vehicle.

Relying on a car alarm alone to protect your new car can be a grave mistake. Without these small vehicle anti-theft devices, you would never be able to tell exactly where your stolen vehicle is. They take readings at certain intervals and transmit toward the fleet manager through a central hub. That can tell you where the stolen vehicle is, where it is heading and at what speed. All of the data is visible on a map and highly intuitive for a person to read.

Some hidden GPS trackers offer the geofencing option, which means for fleet managers to manually permit certain parameters for the chosen vehicle. For example, if the vehicle leaves a certain area range (Out of Victoria state, for example) it would trigger an immobilizer and stop the vehicle in its tracks. Advanced tracking systems also allow for this anti-theft system. It can sometimes trigger a brake lock and engine brake that would prevent car thieves from going any farther.

The components of a good security system are a combination of different devices that both work together and in separate to prevent vehicle theft. Traditional car owners rely on a simple car alarm to protect their car from car thieves, and for some models that can be as bad as handing them the car keys.

A combination of an advanced alarm system, a unique key fob for the vehicle, GPS trackers paired with an immobiliser can give you the highest level of security that would make almost any car thief give up. Gps tracking plays a major role in this, since if everything else fails you would easily direct the authorities toward your stolen vehicle and let them take care of the rest of the vehicle recovery process.

Advanced Car Alarm systems come along with the following features – motion sensors, tilt sensors, android or iPhone compatibility for alerts, glass break sensors, and LED warnings to dissuade any possible car thieves. Moreover, installing a kill switch can be a good idea on some vehicles.

Unfortunately, a great car alarm is not enough and vehicle tracking needs to step in when car alarms fail. Before vehicle tracking, however, breaking mechanisms like immobilisers and locks around the brake pedal are recommended to stop the wrongdoer.

Car anti-theft devices such as wheel locking devices are also something that you can implement in your security system. Tyre and gear locks are also other mechanical alternatives that you might want to consider.

And if all fails, you need to have a good Vehicle recovery system at hand. It works through GPS tracking and if even that fails to recover your vehicle, you would be able to use the data gathered to prove before the authorities and an insurance company what happened in order to claim compensation.

What Are The Benefits of Vehicle Recovery Systems?

Vehicle recovery systems can play a major role in a  car security system. As a fleet manager, having increased downtime because of vehicle theft will definitely affect your bottom line in a negative way. These anti-theft systems come in the forms of hidden gps trackers on your fleet vehicles, generally hidden under the chassis or near the engine. Such systems are durable and work in harsh climates, even during Australian winters and hot summers. These security systems are usually powered by batteries and do not rely on the vehicle being operated.

Complex solutions like vehicle recovery systems also provide the client with the option to see how far their fleet has travelled and even monitor driver behaviour. There are such security systems that work in sync with police stations and would alert them right away.

What Does The Australian Law Say About Covert GPS Trackers?

Australian Laws takes into account your goals when considering whether installing a covert GPS tracker is a crime or not. If the authorities have reason to believe that the GPS Tracker is a part of a vehicle anti-theft security system, and not used for stalking somebody, and tracking their movements, they would deem it legal. Using GPS trackers is permitted for monitoring driver behaviour across business fleets.

Have in mind that the Laws vary from state to state and you would need to check to be certain.  Most laws include the Workplace Surveillance Act, which forces you to inform your employees at least 14 workdays before actually installing a GPS Tracker on their vehicle. The notice should be given in written form too.

Do not do the mistake to put GPS Trackers without informing your drivers as aside from being irritated they can pursue legal charges against you and the company. Inform them about any other types of surveillance that might be used to improve your business and make certain that it is in regulation with the Australian Law.